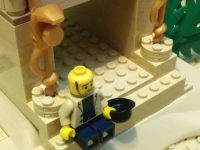 The boss made us dig up this lame tomb for the past two weeks. It had some map or trinket or some other hokey nimrod thing that will magically solve all our problems.

As if. We’ve been looking for this Fiddle-head the Unready fellow’s treasure trove for almost two years now, if we are any closer than when we started, I sure cain’t tell. I got no clue why Stinewell won’t just give it up. At this point it’s safe to say the “treasure” never existed in the first place, and that was just an elaborate ruse by the English to get invaded by Denmark.

By now we may as well have scientific’ly proven that the durned treasure don’t exist, but it’s always, “Listen here, you unschooled buffoon, my great-grandfather handed me that parchment with his dying breath! Are you calling him a liar?”

Now, I wouldn’t never say it to his face, but, yeah. Calling that old lunatic anything else would be a disservice to his constant and intentional efforts to discredit himself. Heck, the old man didn’t recognize his own son by that point, but we’re supposed to believe that he: 1) recognized his grandson B) was sane enough to have any clue what he was talking about 4) knew what on earth the faded parchment even ever said?

Best part is Mr. High-and-Mighty Duke Irrelevant Jonah Stinewell is so dumb that he ain’t never even had anyone check if that old crumpled piece of paper was legit. For all we know, his great-grandpappy done tore that sucker out of a library book and used it as a makeshift hanky.

At least the ignoble Stinewell family ain’t gonna continue on past the Duke. He’s got to be the most unsavory fellow in the whole family tree… I don’t reckon any woman would remain within a mile of him if they could help it. He’s the kind of man who’d up and shoot himself a mama Bambi, then skin it in front of the baby Bambi for no other reason than to prove how sharp his knife is.

‘Course the Duke’d have me dead for that kinda talk (and other offenses) if I weren’t one of the few poor saps desperate enough for wages to go gallivanting around on this wild goose chase of his. We always pick the worst places to go avdenturing, too. “Oh, say, let’s check this random third world country currently embroiled in civil war, maybe the next clue will turn up there! Ooh, and it’s got minefields from the 1960s? Great!”

… What in blue blazes was I talkin’ about?

Yeah, some corpse was clutching some ancient dagger inscribed with a riddle in microscopic script that’ll eventually lead us to the next dead end! Or maybe some friendly gnome will tell us the treasure is located in some maniacal dictator’s vacation home.

How should I know? He never lets us have any fun. After spending so much time digging up that dumb old tomb, he had me sit outside with some geogramology e-book ’cause the man don’t trust us enough to take us along when he goes and plays treasure hunter in this month’s latest foray into obsession.

And the worst part is, I cain’t even read. 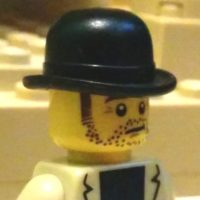 A working man in the service of Duke Stinewell. Enjoys digging, getting paid, and “avdentures”. Hates sitting around doing nothing while “waiting for the boss’ delusions to play out.”

All posts by Freddie Burnbuck →