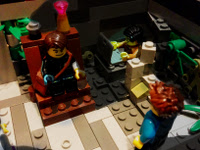 What an eventful couple weeks this was!

Miles and I split up from the group as they went about the task of retrieving the Clareborne family sword from that villainous old thief. We, of course, had a much more dangerous mission: take down a large stone tower without destroying the foundation.

Though it would have been nice for someone with a little more knowledge of explosives to help me, Miles was insistent. He could not stay and assist with the heist. In the event they were discovered, it was conceivable he might be recognized and the operation traced back to his family.

After some time the two of us reached the tower. It stood proudly on the side of a mountain, a relic of an older time. It had once been the home of a wealthy tyrant, and later his final resting place. Having left no heir, the tyrant faded into obscurity and his tower fell into disuse, until a century later when it was raided by a band of would-be revolutionaries hoping to fund an uprising.

Many know its construction was quite the achievement for its time, but one thing had been forgotten, or rather, never known in the first place. During construction, an object of great value was placed within the tower’s foundation, a teleporter.

As we discovered last month after having his notes translated, a spellcaster had found the teleporter during a walk in the forest. He soon realized its great power, and decided that it must be kept from those who would use it to bring evil upon the world. Hearing of the tower that was to be built, he found his way among the builders, and placed the teleporter within the foundation, intending for it to be lost for all time.

At which point, we realized the only course of action was to detonate an obscene amount of explosives and destroy the tower, foundation and all.

Or, I should say, I realized. The others took some convincing, but they came around.

The detonation went as smoothly as could be expected for an explosion. Fortunately, since teleporters are nearly indestructible, all we had to do was set the charges and head to a safe distance.

After the dust cleared a bit, we set to work unearthing the teleporter. It took a few days, but at length we found it. The teleporter took some cleaning up before its notable sparkle was restored. Miles’ knowledge here was invaluable.

We met back up with the others, who by then had completed their part. Miles was ecstatic to finally have his family heirloom back. According to our agreement, he’s now going to join us in our search for Æthelred II’s lost treasure. We could sure use the help.

We returned to the ancient ruins, bringing the teleporter with us. I guess Carlos and Alice figure it’s worth a try, which is good enough for me.

Typhon and Carlos spent a long time rigging up the throne to (theoretically) function with only one teleporter. Carlos figures his program will be able to substitute enough of the missing second teleporter’s signal to get by. I doubt technology could entirely substitute magic in this instance, but who knows.

I don’t really know much of what they were doing. Carlos tried to explain his teleporter signal replication algorithm to me, but I was totally lost within a couple minutes. Miles said he was lost by the second sentence, understandable for a Multeran without real access to technology.

I’m just glad we found Miles. We might finally make some progress in our quest, all thanks to the spellcaster’s notes that he provided. If we can find where Stinewell is, maybe we can begin to catch up to him. He’s been very diligent in covering his tracks and destroying clues he’s found, but from what Alice tells us, this dual-teleporter throne will let us find him.

With two teleporters, the throne can supposedly lock on to and give a rough location for any person, provided the person who sits on the throne when it is activated has been within one meter of the person they are trying to locate. And lucky for us, Typhon has been.

The throne usually interacts directly with the mind of the one seated there, but the idea worried Carlos after all our modifications, so he’s tying in that functionality to his computer instead. We’re beginning our first tests now, hopefully we’ll have some results soon! 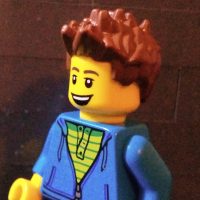 All posts by Winstrom Garlic →