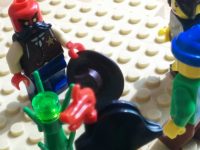 And… then, if Nob and Mr. Anderson are correct. I don’t much understand it, but we’re at a place called Convergence Point, and in its Year 2000. I’ve been told this place has its own time, separate from our own, whatever that means.

The map we found in the cave underneath that blasted tower turned out to be worth something after all. It was exactly what we needed to track the warrior here.

When we find him, he’ll tell us what we need to know, one way or another. He’s from the era of Æthelred, but according to Spivey, he should have arrived in this time only a week ago. (I’ll be darned if I know how that works.)

A toothy, red-skinned fellow with a bushy mustache is the law around here. He tells us so long as we don’t create conflict and steer clear of the frost lands we’ll be fine.

To tell the truth, I couldn’t care less about these hokey cowboys; a bunch of useless landlubbers, the lot of them! I just want the information we’re after so we can catch up with those adventurers. They all think they’re so much better than us, but really they’re no different.

It’s a good thing I got to Nob when I did. Consorting with those ninjas and adventurers did him no good, but he’s turned out to be a fine pirate after all. 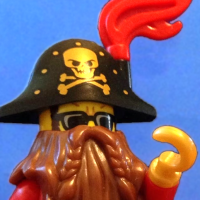 Arrr… now why on earth do I have to fill this bio out? This is all some landlubber nonsense if you ask me!

All posts by Billy Misfortune →