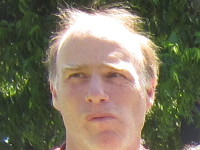 Hi all, just wanted to write and share an important event in my life: graduation!

I am now a Texas State graduate. As with many universities these days, Texas State mails diplomas rather than handing them out during commencement. The ceremony was great, and there were some very nice speeches given. It was a very well-handled event overall. My family (excepting Julianne) and two of my uncles were present for the commencement ceremony. Julianne did, however, watch the live stream!

After the ceremony was completed, I had the pleasant surprise of seeing Yongyi, one of my friends from the Chinese culture club. We got to talk for a bit and catch up, which I was glad of. Sadly the Chinese club didn’t really have time to meet this semester, but I had opportunities to spend time with several of my friends from the club regardless.

Last Saturday my dad and I started on a road trip to pick up Julianne from her college after her finals were completed. We passed through some neat places on the way up. I got to meet some of Julianne’s friends, and we had dinner with some of them on Monday, and lunch with others yesterday.

Julianne finished her finals yesterday, and we packed up her stuff and headed to Winchester, Virginia. We took the Skyline Drive to Richmond, so there were a lot of photo opportunities. Also, today is Julianne’s birthday, so I bought a couple of Agents of S.H.I.E.L.D. episodes that she’d missed for her and we watched them last night. Probably we’ll watch some more tomorrow night.

In the past few years I’ve become quite the avid Star Trek fan. During this last semester I enjoyed watching yet another series, Star Trek: Enterprise. I would have to say it’s my second favorite Star Trek series, after Star Trek: Deep Space Nine. Many people have a strong dislike for Enterprise, but personally, I loved it. Like all Star Trek shows, it definitely takes a while to find its footing.

My main criticism of the show is probably the theme song. Though “Faith of the Heart” was an unconventional intro for a Star Trek series, it actually grew on me and I now find it very fitting. However, at the start of season 3 (right as the show gets darker with the Xindi arc), the original theme is replaced with a brighter, more upbeat remix that clashes with practically every episode of the season. Otherwise, I absolutely adored season 3 of Enterprise; I don’t think I’d skip a single season 3 episode if I were to rewatch it sometime. 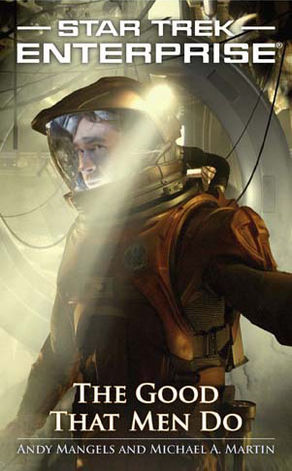 People also love to hate on Enterprise’s finale, understandably, as even actress Jolene Blalock (who played T’Pol) called it “appalling.” To remedy the veritable aftermath of the finale, I’ve put in for an inter-library loan of The Good That Men Do, a novel which reviewers promise provides a much more satisfying end for Enterprise. It’s my first Star Trek book, and I can’t help but wonder if this will end up like that time I decided to check out a Star Wars book from the library and proceeded to read a good portion of the Expanded Universe novels.

I’ve just started on watching The Original Series, and I am eagerly awaiting the release of Star Trek: Discovery later this year. In the spirit of Star Trek’s optimism, I’d like to believe that the numerous times the show has been postponed indicates that the producers want to ensure they end up with a high-quality show.

To tell the truth, I don’t expect anything amazing from the first season of Discovery, but I’ll be sure to stick with the show. Deep Space Nine and Voyager both took until their respective fourth seasons to really hit their stride. I won’t be surprised if it takes a while for Discovery to “grow the beard” (a term coined by The Next Generation after Jonathan Frakes grew his beard out right around the time the show experienced a dramatic increase in quality).

Well, I suppose I intended this to be more of a “this is what I’ve been up to” and less of an Enterprise review, but I guess I just can’t help but write about things I like. We’ll be back home on Tuesday next week. Probably before then I’ll have the next installment out on the Adventure blog.